Solucycle among the six finalists of the 2017 Young Entrepreneurial Competition

Quebec, April 3, 2017 – On March 28, the Junior Chamber of Commerce of Quebec announced six finalists. Solucycle is proud to rank among the finalists as an innovative company in the greater Quebec City area. 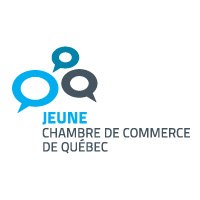 As a finalist, there are several upcoming events for Solucycle. Through this competition, Solucycle will benefit from a major showcase on ENERGIE 98.9 throughout the week of April 3rd, as well as in the Journal de Québec on April 24th, 26th and 29th. Solucycle will take part in the shooting of TVA Express capsules that will be broadcast during the month of April, as well as an advertising campaign on TVA from the 5th to the 9th May. A happy hourwill be held at the Caisse Desjardins of Ste-Foy on May 9 to present the finalists. Several courses are also available.

Finally, the event will take place on May 18, Salle des promotions of the Quebec Séminaire. On-site, the six finalists will face business people using their sales pitch to win the $50,000 prize in goods and services.