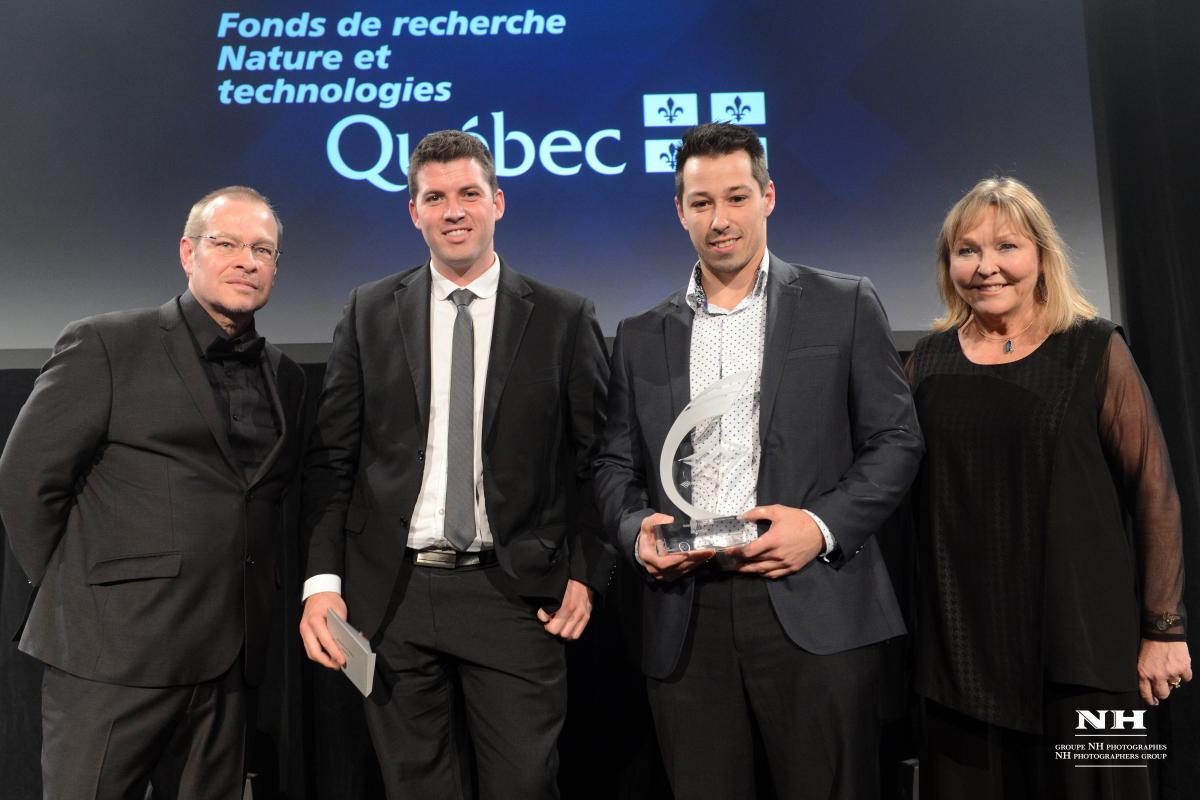 Montreal, November 25, 2016 – It is with pride that the Solucycle team received, at the 26th ADRIQ «Gala prix innovation», held at the Montreal Congress Center, the 2016 Green Innovation Award.

«The 2016 Innovation Awards of the association for the Development of Research and Innovation of Quebec (ADRIQ) were awarded yesterday at the Montreal Convention Center, as part of the 26th Innovation Awards Gala. Animated this year by the actor, director and producer of Quebec Yves Desgagnés, had the theme «La Relève». In front of 400 decision makers from the research and innovation ecosystem, the finalists and recipients were congratulated for their achievements and their remarkable contribution to the advancement of innovation in Quebec. For this 26th edition, we were fortunate to have among us the Minister of the Economy, Science and Innovation and Minister responsible for the Digital Agenda, Dominique Anglade, who gave us a very encouraging speech, on the future of Quebec.»[1]